Our sales team is at your service from Monday to Saturday from 9:30pm to 7pm. Read more
+44 203 44 55 204
Log in
Customer access
Rental company access
Home | Destinations | Fleet | Magazine | Contact us
Sailboat | Catamaran | Motorboat | Riverboat | Luxury-yacht | All
Home › Magazine › Korcula, the island accessible only by sea
Located in southern Croatia, between the popular cities of Split and Dubrovnik, the island of Korcula is a little treasure. 47 kilometres long, it represents everything that makes Croatia so beautiful: it offers a wild and authentic nature but it is also full of history and traditions. Indulge a timeless escape into this small paradise in the Mediterranean. Only accessible by sea, Korcula Island is the ideal destination for sea lovers who can enjoy its magnificent coves, fishing or diving, but it is also the perfect destination for adventurers, who can explore the small islands in the area with the boat rental on Korcula Island.

How to get to Korcula Island?

Explore the island of Korcula and its villages

The island of Korcula is made up of many cities by the sea or in the interior of the island, where you can stop over during your stay. In any village you will fall under the spell of the atmosphere of the island and its inhabitants: very attached to their traditions, the inhabitants of the island of Korcula respect deeply the nature and most of them grow olive trees and vines. Although each village is worth a visit, here is a short list of the most beautiful villages on the island of Korcula.
The city of Korcula
The city of Korcula, which gave its name to the island, is located in the east of the island. Described as a true open-air museum, Korcula is one of the best preserved medieval towns in the Mediterranean. During your stopover, stroll through its narrow streets, climb up the Revelin Tower, visit Saint Mark's Cathedral and admire the view of the old town from the top of its bell tower. For those who are passionate about sailing, take a look at the birthplace of the famous navigator Marco Polo, who is also the place where he spent his youth. Often referred to as the "Miniature Dubrovnik", the city of Korcula is a truly beautiful city that will give you beautiful memories.

The city of Vela Luka
The city of Vela Luka is located in the west part of the island and is the starting and arrival point for ferries to Hvar, Split and other destinations. It is the largest town on the island located in a protected bay, making it an ideal spot for sailing. Vela Luka is a dynamic city where you will be able to enjoy folk evenings, festivals, diving competitions. It is pretty clear that you won't get bored in Vela Luka. The town is also highly appreciated for its natural beauty and coves.
The city of Blato
Located in the interior of the island, the city of Blato is surrounded by hills, vineyards and olive groves. You will find old churches, buildings in the baroque style but also many beaches.

Relax on the beautiful coves of Korcula Island

Unlike the other islands of Croatia, Korcula Island does not have many beaches. Like most beaches in Croatia, they are rarely composed of sand but rather of pebbles. The island of Korcula is rather full of small coves with crystal clear water, which are very convenient to reach by boat.

Przina Beach
It is one of the few sandy beaches on the island. Located in the east of the island, it is ideal for enjoying swimming with the family and especially with children.
Pupnatska Luka Creek
Located in the southern part of Korcula Island, Pupnatska Luka Creek is considered one of the prettiest coves on the island. What makes it so unique is the contrast between the turquoise waters of the Adriatic and the green nature that surrounds it. Composed of pebbles, it is an ideal cove for families.
Korcula Island is an ideal holiday destination where you can enjoy a mild and sunny climate, unspoilt nature, towns rich in history and tradition, and a wide range of activities. A destination to discover on board a sailboat, catamaran or even a motorboat. You can only fall under the spell of this real little piece of paradise.
Need some Advice? 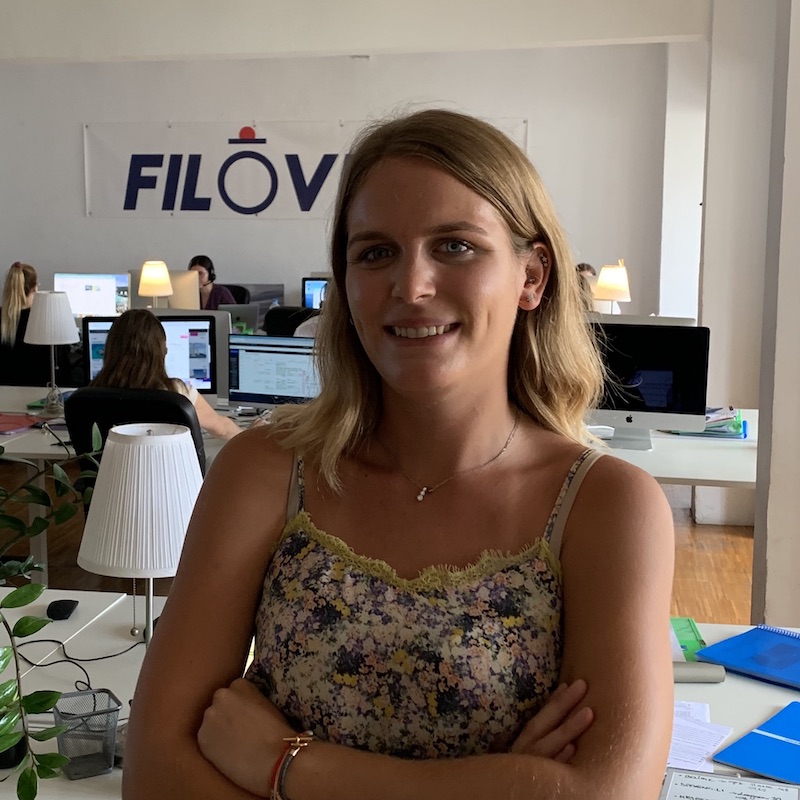 Lili-Rose, expert in your cruises
Need some Advice?