With 16 lakes connected by waterfalls and canals, the Plitvice Lakes National Park is one of the most popular destinations in Croatia, along with the country's beaches and islands. Surrounded by lush vegetation, Plitvice Lakes, divided into lower and upper lakes, are characterized by crystal clear water of an intense blue color, which changes in shade depending on the time of day, but always remains crystal clear, and that is undoubtedly one of the characteristics that remains imprinted in the minds of visitors, in addition to fairytale waterfalls, so that the resort is also known as "Plitvice Falls". A national park since 1949 and a UNESCO World Heritage Site since 1979, the Plitvice Lakes National Park is surrounded by the karst mountains of the eastern Lika region. Universally considered as one of the most incredible places in the world thanks to the beauty of nature, flora and fauna, the National Park is a place that will surprise you.

Exploring the park and lakes

With its network of canals, lakes and waterfalls, Plitvice Lakes National Park is simply fantastic and worth a stop during your holiday by renting a boat in Croatia. If you decide to sail from Italy, renting a boat in Grado will be the ideal choice. You can explore it by walk, paying an entrance fee, walking along the 18 km long wooden footbridge network that winds between lakes and the small rivers, but you will also have the opportunity to board one of the electric boats. You can walk over the water, but also under the water that falls from the waterfalls and live an incredible experience. Two rivers "feed" the Park's lakes: the White River and the Black River, which flow into the Korana River. The extraordinary nature of the place is also due to the process of limestone sedimentation, which is the phenomenon that has led to the formation of tuff barriers and the lakes themselves.

Well protected and preserved, despite the enormous popularity it has always enjoyed, Plitvice Lakes National Park is the most famous of the eight national parks in Croatia and will surprise you at any time of year. In autumn it is the perfect place to observe the foliage, while in summer it will be the ideal destination to find some fresh and regenerate yourself in the greenery of nature. In winter you can see a spectacular phenomenon, the frozen waterfalls. Plitvice Lakes are also a destination for everyone thanks to the variety of paths to take, from the easiest ones for the elderly and families, to the most complicated and long ones, perfect for trekking lovers.

Not everyone knows that it was here, in the area of the Plitvice Falls, that the civil war began in 1991, the armed conflict that lasted until 1995 and caused thousands of deaths, at the end of which Croatia gained its independence. During those years, the Serbs took over the park's administrative offices, raided the Plitvice region and transformed the park's accommodation facilities into military barracks. The most important damage recorded in the park was economic damage, with the destruction of hotels and bars, but fortunately nature has not suffered serious deterioration and the tuff formations as well as the waterfalls managed to maintain their original splendor.

Located in the Karst area of the Dinaric Alps, where the karst shapes create cracks in the rock that allow water to emerge, Plitvice Lakes National Park is divided into two zones. In the upper part, the forests surround the lakes, which are connected by waterfalls, while in the lower part there are smaller lakes that are surrounded by lower vegetation. More than twenty protected species live in the park, including carnivorous plants and orchids. With over 150 species of birds, the park is a paradise for birdwatchers. The symbol of the park is the bear, probably the best known mammal, but the animal variety of the park is much wider and includes many other species. Among the most common species that you can find in the water of the lakes, you can recognize the trout and the chub. For these reasons, the park has always been protected and visitors are invited to respect and preserve this jewel of nature.

Let yourself be surprised by this unusual destination by renting a boat in Croatia and spend at least a whole day discovering Plitvice Lakes National Park. Once you are surrounded by waterfalls and lush nature, you will not be disappointed and you will discover the magic of this place. 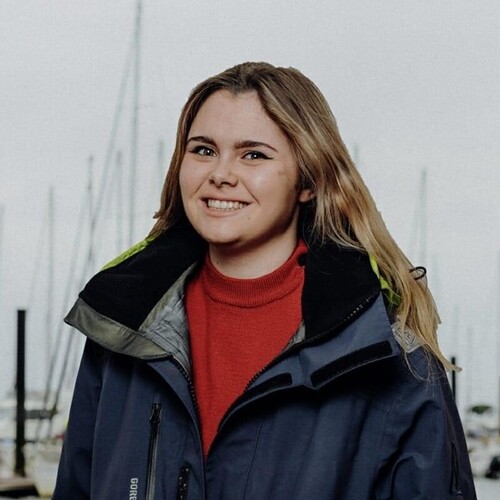 Scarlett, your cruise expert
You need an advice?