Our sales team is at your service from Monday to Saturday from 9:30pm to 7pm. Read more
+44 203 44 55 204
Log in
Customer access
Rental company access
Home | Destinations | Fleet | Magazine | Contact us
Sailboat | Catamaran | Motorboat | Riverboat | Luxury-yacht | All
Home › Magazine › What to visit in Pompeii, the fascinating archaeological site

With its millennia of history and art, Pompeii is a destination that never ceases to fascinate thanks to its excavations, a classic for those who are discovering the archaeological heritage of southern Italy. The archaelogical excavations of Pompeii, located south of Naples, show the remains of the Roman city after the violent eruption of the volcano Vesuvius in 79 AD that caused its destruction, but also left us an immense archaeological heritage. With an area of about 440,000 square kilometers, the archaeological park of Pompeii includes an entire city made of squares, spas, gyms, temples and houses. Along with the Archaeological Park of Paestum, it is part of the great cultural heritage of Campania. Moreover, given the strategic location of the city, Pompeii can be an intermediate stop of your cruise when hiring a boat in Salerne, which is one of the ideal bases to set sail and explore Campania coast.

The history of Pompeii in brief

Visiting the ruins of Pompeii is like taking a step back in time to discover an ancient civilization and a city that boasts over two thousand years of history. It is an unforgettable visit in which you will have the opportunity to step in the houses where our ancestors led their daily lives. Before the eruption of Vesuvius, one of the largest and most spectacular volcanoes and one of the first to be documented, Pompeii was a prosperous city.

Thanks to the tales of Pliny the Elder (Plinio Il Vecchio), there is a precise documentation of the facts. It was on August, 24th in 79 AD that Vesuvius began to erupt. Inside the volcano a conduit opened following the explosions caused by the transformation into gas of the water that came into contact with the magma. Shortly after, a column of ash, gas and pumice rose and, rising above Vesuvius, formed a cloud that covered the sun. From the column of smoke, pumices descended towards Pompeii, accumulating and forming a layer of about four meters that covered the city. During the eruption, some people fled the city, others hid in the most sheltered places, dying suffocated by heat and toxic fumes. In this tragedy more than 2,000 people died and it took decades before the emperor Hadrian managed to bring Pompeii back to its former glory.

Did these brief hints of history fascinate you? Then keep reading and discovering what to visit in Pompeii in one day. You will be looking forward to hiring a boat in Salerne and setting sail to discover the archaeological treasures of Campania.

What to visit in Pompeii - archaeological site

Pompeii, declared a UNESCO World Heritage Site, represents a piece of antique history. Its history stopped since the eruption, but thanks to the intervention of Charles III Duke of Bourbon during the first half of 1700 the past of Pompeii is shining again. From this period, the excavations began and thanks to that we can enjoy today great treasures and discoveries. If you have a full day at your disposal during your cruise along Campania coast with boat hire in Naples, we recommend you to visit the following points of interest:

In a single site there are two theatres: the "Teatro Grande" where Greek operas, the fabula atellana and the mimo were staged and the Odeion, or "Teatro Piccolo", where poems were recited and musical performances were held. The Odeion had perfect acoustics: if you stand in the middle of the semicircle and try to speak you can hear your voice amplified as if you were using a microphone.

In ancient times, the Forum was the centre of the economic, social and political life of the city. It is a square where the main civil, religious and commercial functions took place, where carts could not pass and access was allowed only to pedestrians. Among the various buildings here you can admire the honorary arches, the basilica, the slaughterhouse and the temples of Apollo and Jupiter.

It is a thermal complex dating back to the first century BC, shortly after the conquest of Pompeii by the Romans. It should be remembered that at that time water did not reach every house and therefore the spa was the ideal solution. The function of this place, however, was not only hygienic, but also a center of social gathering, as people went to the spa to excercise, but also to chat.

In ancient Roman times, the Basilica was the most important public building in the city. This covered structure with a long colonnade had both a legislative function, as it served as a court, and a commercial function as it was the place where trading took place.

The name of this place comes from the fact that right here the bodies of 13 victims of the eruption of Vesuvius were found. Thanks to the method of plaster casts, today you can see reproductions of people who tried to escape, including the expressions on their faces and the positions in which they were caught while trying to escape the destructive force of the volcano and were instead covered with ash and lapillus. 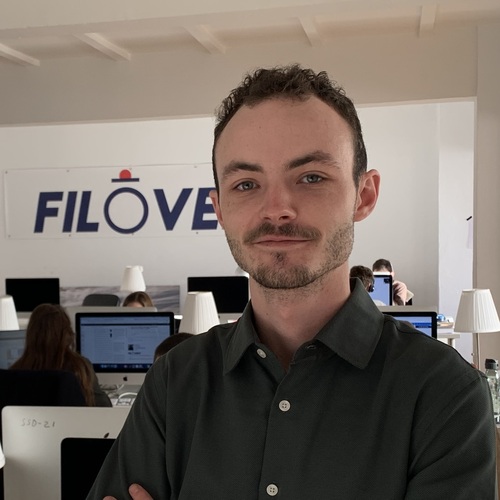 Brad, expert in your cruises
Need some Advice?