Our sales team is at your service from Monday to Saturday from 9:30pm to 7pm. Read more
+44 203 44 55 204
Log in
Customer access
Rental company access
Home | Destinations | Fleet | Magazine | Contact us
Sailboat | Catamaran | Motorboat | Riverboat | Luxury-yacht | All
Home › Magazine › A cruise on the Canal du Midi: Carcassonne, an essential stop

Going on a cruise on a houseboat means travelling in a different way, discovering magnificent regions through a new perspective, enjoying the landscapes and taking the time to do all this. Whether you have experience in river navigation or you are a beginner, discovering the Canal du Midi is an experience you should not miss. Canal du Midi is an exceptional destination classified as a UNESCO World Heritage Site that you can discover hiring a houseboat on Canal du Midi: a unique opportunity to visit picturesque villages and Mediterranean landscapes. One of the highlights of your trip along the Canal du Midi is the town of Carcassonne with its medieval fortress. Classified as a UNESCO World Heritage Site, Carcassonne is an exceptional city and in this article you will discover why it is a must-see stop during your houseboat cruise on the Canal du Midi.

Located in the heart of the Barcelona - Montpellier - Toulouse triangle and "divided" in two by the Canal du Midi and the river Aude, Carcassonne boasts 2,500 years of history. Three kilometres of bastions, 52 towers and magnificent castles... Carcassonne is famous for being a medieval city but especially the city of the Cathars. Due to the short history between Canal du Midi and Carcassonne, it is only since 1810 that Canal du Midi crosses Carcassonne. Paul Riquet was the engineer responsible for the construction of Canal du Midi and it is thanks to him that Carcassonne became an important city for the trade on Aude. However, for technical and financial reasons, the project was abandoned and they made the cana pass two kilometers north of Carcassonne. Only after many developments the canal finally passed through Carcassonne in 1810, more than a century after the first refusal by the inhabitants of the city.

Visiting Carcassonne and its magnificent setting

Regularly in the top 5 most visited French cities, the city of Carcassonne on Canal du Midi is an unmissable stop that will take you to another era. Art and architecture lovers will be delighted because the city has managed to preserve its most beautiful historical testimonies. After mooring in the port of Carcassonne, explore the city and its wonders. Here are its main points of interest:

By connecting the Garonne to the Mediterranean Sea, Canal du Midi allows yachtsmen to make numerous stops in exceptional cities such as Toulouse, Castelnaudary and of course Carcassonne! In fact, Canal du Midi crosses the heart of the city and you can discover one of the most beautiful waterways in the world by bike, by walk or by boat. One of the best ways to explore this wonder, listed World Heritage Site by UNESCO, just like the city of Carcassonne, is to hire a houseboat in Carcassonne. From the port of Carcassonne you can sail to Béziers and admire the many vineyards along the canal. Don't miss the Malpas tunnel, a unique structure on the Canal du Midi or, depending on the sailing time, discover the passage of the locks of Fonsérannes, classified in the top 3 of the most beautiful locks of the Canal du Midi. Your stay on the Canal du Midi from Carcassonne will be unforgettable.

During your cruise along Canal de Midi, do not miss the opportunity to discover the magnificent city of Carcassonne. Whether it's just a stop during your cruise on houseboat or the starting point of your holiday, you will be fascinated by one of the most beautiful cities in France, with its 2,500 years of history and its medieval fortifications. At the foot of the Pyrenees, Carcassonne will offer you many surprises, both between its bastions and on the water. 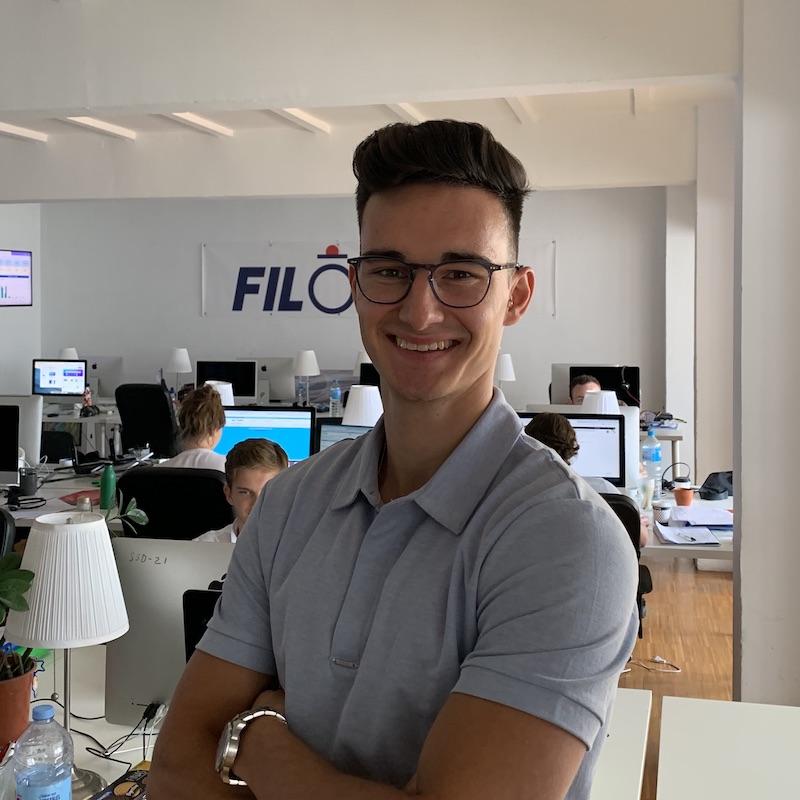 Pol, expert in your cruises
Need some Advice?